Over the years, my work required that I travel to a number of countries outside of the United States. I learned early on that exercise helps me get over jet lag, so if the conditions permit, I go running once I get settled into a hotel. A client asked me to attend a meeting at a magnificent resort in a rural jungle area near the South China Sea. After donning my running clothes, I spoke with the hotel's concierge about the best place to jog near the hotel. She smiled and explained that there were only two options: "First, you follow the long cobblestone driveway until you reach the entrance of the property at the main road. Option one is the high road. This is the way you came in from the airport, and as you recall, it is very steep and hilly. There is practically no shade anywhere along the route."

The humidity from the nearby jungle was already causing me to sweat profusely, so the thought of running the hills in the hot tropical sun immediately held no appeal. "Option two is the low road, which is flat, shady and much cooler because the trade winds blow in from the ocean."

As I turned to leave with that easy decision made, she added, "...but on the low road you have to be very careful about the monkeys." I watched a lot of Tarzan movies growing up and was not bothered in the slightest by a few “Cheetas” running around. Then she added, "These are a particularly aggressive species of monkey, who have bitten and injured a number of people. Yesterday, a golfer had to be rushed to the hospital in Kuala Lumpur." My only thought now was, "I really needed some hill work to get ready for that hot and humid 10K race I plan to run back in the states on July 4th." I took the high road at the end of the driveway.

While it is well known that those who exert disproportionate influence often possess great weaknesses, the scale, frequency and sheer number of leaders who have chosen the low road and experienced catastrophic failure seem far greater today than ever before. A new headline arrives on our doorstep or our IPad almost every day—an increasingly familiar and sordid tale about some leader gone awry.

Please let me hear from you if this idea resonates.
Cordially,Tim Irwin
Go Back 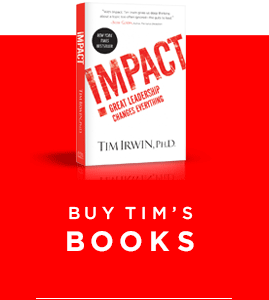 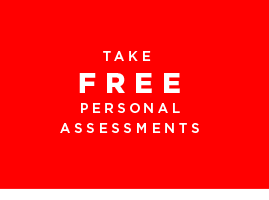 “With Impact, Tim Irwin gives us deep thinking about a topic too oftern ignored--the guts to lead. We each have the ability, if we choose to take the leap.”